My Blog (and I) have been off-line for a while, as my family and I enjoyed a well-earned vacation. This short entry, to recouple myself to the Blog world, is titled "Artist at Work" - and contains a wink, ";-)" - at the end because I am decidedly poking a bit of fun at myself. While I aspire to one day attain the right to call myself an "Artist," I have also retained enough objectivity in my short life to appreciate I have a way to go to get to that point.

The image shown above is a before and after shot. The before shot (on the left-hand-side) exists by courtesy of my beautiful (and brave) wife, who was with me on the Florida beach as yours truly was (incredibly, and somewhat idiotically!) taking a series of Hiroshi Sugimoto-like long-exposures of some pylons sticking out of the water as it, the beach, and my wife and I were pummeled by close-to-hurricane-level winds! The after shot (on the right; "after" referring to the physically banged up state my wife and I were in after braving the inhumanly vicious winds!) was among the several images I somewhow managed to capture without my hat, camera, tripod, and bag being blown half-way to Cuba.

Suffice it to say that I now understand two things about my photography (and physical state):

2. The reason my back (and neck, and shoulders, and knees, and ...) seem to hurt all the time has less to do with the inevitable age-creep (I'm only 45 for Goodness sake;-), and everything to do with the contortions I put my poor body through to get that next shot! (The irony is that my body, in the act of capturing the beauty of dilapidated buildings, is itself succumbing - rapidly - to the same entropic decay!)

When I said to my wife (while laughing at what I thought was a "fluke" picture of me in a comically and awkwardly wrenched position), "Hey, you were lucky to catch me like that!"... it was my turn to stare at my wife (with a mixture of bemusement and incredulity;-) when she gently, but firmly, assured me that I always look like that when taking pictures. Whether I am in a mini-hurricane (as above), or precariously balanced on a ledge on some cliff in Hawaii, or delicately (and typically not all-too-well) poised on one leg on a small rock in the middle of a babbling brook, I'm always scrunched up like a pretzel!

The "Artist at Work" indeed!
Posted by Andy Ilachinski 4 comments: 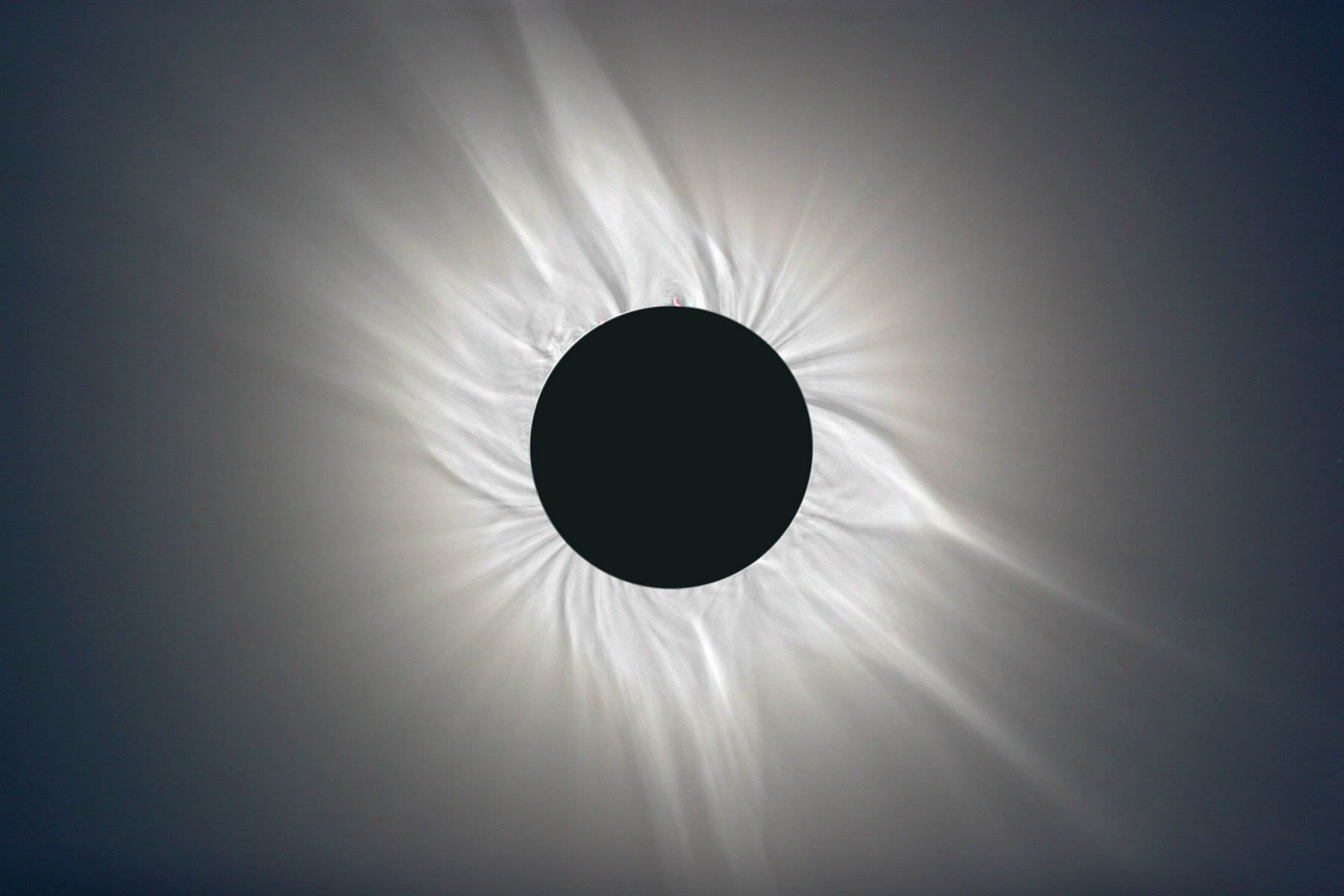 Today's Astronomy Picture of the Day website (which is a must-save bookmark for anyone with even the slightest interest in science and imagery!) contains an incredible digital composite of the sun's corona (taken during the recent March 29 eclipse). The composite was created by Koen van Gorp.

The Sun's "atmosphere" (i.e., its corona, which consists of extremely hot gas with a density less than one billionth that of the earth's atmosphere), scatters light from the Sun in all directions. Since this scattered light is very dim compared to the light emanating directly from the Sun, it is normally difficult, if not impossible, to see the corona. However, the corona becomes visible during a total solar eclipse, when the Sun's disc is covered by the moon and its atmosphere becomes visible as a bright, shimmering ring around the moon. Nonetheless, even during such favorable viewing times, it is difficult to capture - at least, to capture in a single image - the typically 10,000 to 1 range of luminance levels.

To circumvent this diffulty, and as explained at the site, the composite image shown above contains 33 separate digital photographs, that collectively reveal remarkable detail that would otherwise remain invisible. Individual exposure times range from 1/8000 sec to 1/5 sec. The resulting image is, in a word, breathtaking!

This extraordinary image is also a great example of how a purely aesthetic experience may be enhanced (indeed, profoundly intensified!) by appreciating the science on which it rests. To be sure, this image may certainly be appreciated purely on its own terms, without the slightest understanding of what it depicts or how it was created. It is a marvelous "abstract" that any abstract expressionist artist would be proud to call his or her own. But to learn that the image is emphatically not the isolated product of a creative artist (drawing on inner inspiration) - rather, that it is a creative collaboration between artist and nature, in which the artist draws upon science (by using scientific tools to visualize otherwise unseen processes and enhance his/her understanding of natural phenomena) - for me, only transforms an already impressive image into something truly special!

Perhaps the only important difference between those who choose such fields as physics and mathematics as lifelong pursuits, and those who do not, is that those who do are able to see the same kind of resplendent, radiant beauty displayed by this image in the very equations that describe the physics that underlie it. Thankfully though, for those for whom "equations" were more of an anathema in school than a stepping stone toward enlightenment;-), such a deep level of understanding is not needed to appreciate nature's gentle grace, elegance and beauty!
Posted by Andy Ilachinski 2 comments: 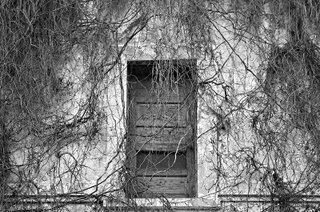 The viewer certainly doesn't have to (or need to) know what goes through the photographer's mind the instant the shutter is pressed, but it is hard to look at some images in any way other than how the photographer envisioned it after being told what that vision was! I thus present to you, gentle reader and viewer, what can henceforth be seen only as Kafka's Door!
Posted by Andy Ilachinski No comments: