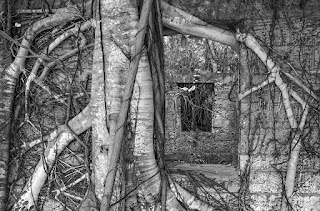 "I will write in words of fire. I will write them on your skin. I will write about desire. Write beginnings, write of sin. You’re the book I love the best, your skin only holds my truth, you will be a palimpsest lines of age rewriting youth. You will not burn upon the pyre. Or be buried on the shelf. You’re my letter to desire: And you’ll never read yourself. I will trace each word and comma As the final dusk descends, You’re my tale of dreams and drama, Let us find out how it ends."

Time Has No Divisions 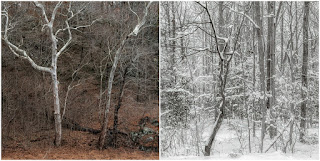 "Time has no divisions to mark its passage,
there is never a thunder-storm or
blare of trumpets to announce the
beginning of a new month or year.
Even when a new century begins
it is only we mortals who
ring bells and fire off pistols."

"There was an epoch in the Night of Time, when a still-existent Being existed—one of an absolutely infinite number of similar Beings that people the absolutely infinite domains of the absolutely infinite space. It was not and is not in the power of this Being—any more than it is in your own—to extend, by actual increase, the joy of his Existence; but just as it is in your power to expand or to concentrate your pleasures (the absolute amount of happiness remaining always the same) so did and does a similar capability appertain to this Divine Being, who thus passes his Eternity in perpetual variation of Concentrated Self and almost Infinite Self-Diffusion.

What you call The Universe is but his present expansive existence. He now feels his life through an infinity of imperfect pleasures—the partial and pain-intertangled pleasures of those inconceivably numerous things which you designate as his creatures, but which are really but infinite individualizations of Himself. All these creatures—all—those which you term animate, as well as those to whom you deny life for no better reason than that you do not behold it in operation—all these creatures have, in a greater or less degree, a capacity for pleasure and for pain:—but the general sum of their sensations is precisely that amount of Happiness which appertains by right to the Divine Being when concentrated within Himself.

These creatures are all, too, more or less conscious Intelligences; conscious, first, of a proper identity; conscious, secondly and by faint indeterminate glimpses, of an identity with the Divine Being of whom we speak—of an identity with God. Of the two classes of consciousness, fancy that the former will grow weaker, the latter stronger, during the long succession of ages which must elapse before these myriads of individual Intelligences become blended—when the bright stars become blended—into One.

Think that the sense of individual identity will be gradually merged in the general consciousness—that Man, for example, ceasing imperceptibly to feel himself Man, will at length attain that awfully triumphant epoch when he shall recognize his existence as that of Jehovah. In the meantime bear in mind that all is Life—Life—Life within Life—the less within the greater, and all within the Spirit Divine."