The Other Point of View 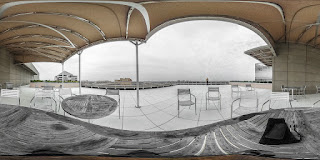 "Science is a second-order expression [of the world]. Science has not and never will have by its nature the same significance qua form of being as the world which we perceive, for the simple reason that it is a rationale or explanation of the world.... Scientific points of view according to which my existence is a moment of the world's are always both naive and at the same time dishonest, because they take for granted without explicitly mentioning it, the other point of view, namely that of consciousness, through which from the outset a world forms itself round me and exists for me. To return to things themselves is to return to that world which precedes knowledge, of which knowledge always speaks and in relation to which every scientific schematization is an abstract and derivative sign language, as in geography in relation to the countryside in which we have learnt beforehand what a forest, a prairie and a river is."