Reconnecting With "Older" Wisdom in a World of eBooks 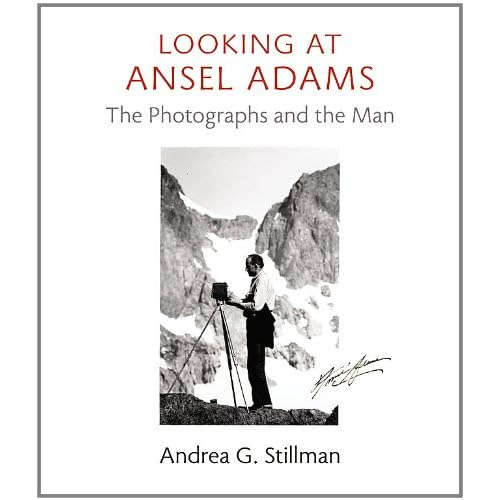 For years, dating back to the early 90s, a good friend of mine (a co-worker on my "day job," fellow physicist, and part-time artist) and I have enjoyed a weekly lunch followed by a short sojourn to a neighborhood Borders book store (now defunct of course) or one of a few local Barnes and Nobles. Now, unfortunately (at least for us "oldies" who were weaned on the feel and smell of a good book), the writing seems on the wall for Barnes and Nobles to follow Borders' lead: recent reports indicate that the lone remaining brick & mortar national bookstore chain is about to embark on a plan that will close 100s of its stores.

Though hardly a surprise, with Kindles and Nooks nearly as ubiquitous as smart phones these days, I must admit a profound sadness at the prospect of living in a physical-bookstore-less world. (I can only imagine the tragic depths of melancholy Borges would have been forced to endure in this "new" bookless world, had he lived this long - though, with an inevitable touch of irony, since the great conjurer of the infinite multiverse of libraries  himself possessed only a humble little bookshelf of books).

Oh, I know all the familiar counterarguments, from, "Mom and Pop bookstores will never die"  to "second-hand bookstores will only grow" as the market for such "relics" inevitably expands (at least for a generation, like mine, that will always need a tactile reminder or two of a bygone era). There is also the happy reality that books - as literal purveyors of information - will truly never cease to be, but be merely transformed into something magical (as is already happening with a proliferation of "Borgesian" interactive hybrids of words, images, and videos). eBooks are a kind of living, self-transforming, digital palimpsests of their older tactile, static, cousins. Still, my innate desire to finger through some old dusty, moldy copy of some first edition will never wane.

Which brings me to how these general laments and musings bear on the subject of photography, and the real subject of this blog entry. To wit: I fear that our new eBook era makes it all too easy for young photographers to at best be ignorant of, and at worst, simply ignore, the "dated and / or irrelevant" photographic wisdom of past masters. Brooks Jensen, editor of Lenswork, recently posted a sad story (sad to me) about how a recent MFA photography graduate had no idea who Edward Weston was!

Debates aside about whether this loss of awareness is real or illusory, or about how really "important" it is for one to be aware of the history of one's craft, whatever that craft, my perception is that the photography eBooks being published nowadays are rarely reprints of "older classics" (by and /or about past masters). For example, there are no eBook versions - that I am aware of - of any of Ansel Adams' classic texts (The Camera, The Negative, The Print); or of Weston's Daybooks; or even of, say, a relatively modern biography of an old master, such as, say, Alfred Steiglitz (written by Stieglitz's grand-neice, Sue Davidson Lowe).

Still, there is hope, and some notable exceptions. One is a magnificent recent book by Andrea Stillman that provides the behind-the-scenes stories of 20 of Adams' most significant images (Stillman was Ansel Adams' assistant in the 1970s): Looking at Ansel Adams: The Photographs and the Man. Although published in hardcover (with great reproductions, including comparisons of how Adams' printing "eye" and aesthetics evolved over the years), Stillman's book is arguably even better in eBook form - available as an iBook for iPads and iPhones. The eBook provides audio, video, and links to additional material that only enhances the readers enjoyment of what is already a fine book. Kudos to Little, Brown and Company (the publishers) for bringing such a wonderful volume on Adams' work into the eBook age.

Another kudos goes to Allworth Press, which published in 2006 a wonderful collection of essays by and about "classic" photographers (already an anachronism for modern-day MFA students;-) called The Education of a Photographer; and who, more recently, released an eBook version of the book for the Kindle. I recommend it highly for students of photography (as well as to established modern photographers who want to discover or reacquaint themselves with the wisdom of past masters).

A third great book (albeit by more of a latter-day-master than a Weston or Adams era master) that now appears in both physical and iBook form is The Art of Photography: An Approach to Personal Expression by Bruce Barnbaum (one of our generation's most gifted photographers and printers). I still have a dogeared version of the book from back when its first or second version  appeared in the 80s. It is a stapled mess (I say that affectionately), contains no pictures, but is filled to the brim with timeless wisdom about the art and craft of photography. Barnbaum's deep insights into photography have now been brought more-or-less up-to-date (including a chapter or two on Photoshop, though these have the feel of "let's tag  this on for analog / darkroom veterans who want to whet their feet just a bit") and are a veritable steal at $12!

As I refocus my attention on my blog over the coming weeks and months (I have been "away" since Dec of last year completing the Russian edition of my dad's biography - multiple copies of which are on their way to the Taganrog museum in Taganrog, Russia as I type, to which my mom and I bequeathed 35 of my dad's works -  and completing my Synesthetic Landscapes portfolio, which I am happy to report will be published in the extended DVD edition of Lenswork #105 in the next month or so), I plan on devoting some time to reviewing / discussing several photography-related books that are a bit "off the beaten" path; i.e., books that are not necessarily something one would find on shelves at the the soon-to-be-closed Barnes and Noble store but which would be of interest to the dedicated photographer. Stay tuned.

Sudden Stillness by Andy Ilachinski | Make Your Own Book


I have just made available a fine-art photography portfolio "sampler" (including a low cost Adobe PDF version).

Designed as a promotion brochure to give out to prospective curators, galleries and customers, this book contains 14 sample portfolios (including two in color), with accompanying information that includes when and where a given portfolio was published, and how many total images it contains. Each portfolio contains one large sample, and four smaller representative images. Works include those that have appeared in juried solo and group exhibits, Lenswork magazine, B&W magazine, B&W Spider Awards, and private collections.
Posted by Andy Ilachinski 1 comment: