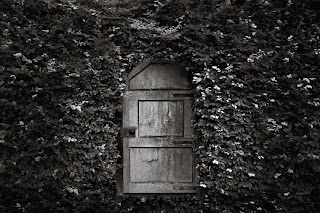 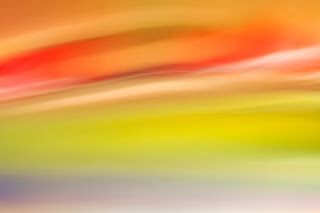 "A gift exists that is unclear to science.
One hears a sounds but recollects a hue,
invisible the hands that touch your heartstrings.
Not music the reverberations that ensue within;
they are of light. Sounds that are colored,
an enigmatic sonnet was addressed to you
that scintillate like an iridescent poem
by Arthur Rimbaud, their land's conniving crony.
Besides that, there are colors that have sound.
On limpid, melancholy days
in autumn upon the purple of a maple leaf
I seem to hear the tremulous and
distant hollow re-echo of a horn.
The beauty fades, transformed to simple tunes
a crystal ringing in dahlia's fiery facets,
I perceive, on dry grass midst the cobwebs' motley weave."

- (a 19 yo) VLADIMIR NOBOKOV
(writing about summers spent at his family's estate near St. Petersburg, Russia)

Synesthesia derives from the Greek syn = union + aisthaesis = sensation, and means "joined sensation." Such as when something that is ordinarily "seen" is tasted as well. Though, this hardly does justice to the psychological, creative - even mystical - experience of synesthesia. There are well-documented examples of almost all possible joinings of the senses - smelling sounds, hearing colors, feeling shapes, etc. Apart from Nobokov, other well known synesthetes include Wassily Kandinsky, David Hockney, Richard Feynman, and Alexander Scriabin. Contemporary "synesthetic" artists include Carol Steen and Marcia Smilack. In my case, I vividly remember having synesthetic experiences early in my life (up until about 10 or so), when I routinely perceived numbers (and, less frequently, letters) as colors. Sadly, I now only rarely experience this phenomenon.

It is only relatively recently that MRI scans have unequivocally revealed that synesthesia is a real - not imagined - experience, indicating that the senses in synesthetes are actually neurologically connected. Before this time, research consisted largely of self-reports by synesthetes; made all the more difficult by the fact that the experience itself was by no means universally accepted as real (and the people who stepped forward to share their experiences were often either ignored or ridiculed or both). In fact, modern research suggests that as many as 1 in 100 people may have some degree of synesthesia. Two excellent references on the subject are Wednesday is Indigo Blue by Robert Cytowic and David Eagleman (a video of Dr. Eagleman discussing synesthesia may be seen here), and The Hidden Sense: Synesthesia in Art and Science, by Cretien van Campen. There is also a recent catalog of artwork that appeared at the Synesthesia: Art and Mind exhibit at the McMaster Museum of Art (held in 2008 at McMaster University, Hamilton, Ontario); and curated by Greta Berman and Carol Steen (who, as mentioned earlier, is herself a synesthete). So far as I know, this is the only art exhibit to focus exclusively on synesthesia!

To the extent that an important part of art - any art, including photography - involves finding ways of communicating one point of view (or "sense experience") - namely, that of the artist - to another (the viewer) - a "mixing of senses", in a sense ;-) it should come as no surprise that, conceptually speaking, all artists implicitly strive to induce synesthesic experiences. To be sure, the resulting experience is usually hardly even noticeable and impure at best, if for no other reason than the fact that the "experience" as such is diluted between two internal worlds, that of the artist and viewer (i.e.,, there is no direct commingling or "joining" of simultaneous senses). Still, I've often wondered just how far the analogy may actually go? Perhaps the fact that the universe so obviously delights in having so many conscious creatures around - that themselves delight in sharing their collective experiences and inner-states via art - is an indication that nature herself is an accomplished synesthete of the highest order (and that we are her senses)?

Might it be possible for an artwork, W, created by a visual artist, X (where W is thought of as a manifest symbol of X's original experience e(X) that motivated X to create the artwork in the first place), to evoke a similar experience / inner-state e(Y) ~ e(X) in Y by synesthetically activating certain of Y's senses other than the purely visual (the latter of which is ostensibly the only sense required to "observe" X's artwork)? One could argue that this is just a complicated way of stating what all (good?) art has always done. Namely, to act as a visual stimulus (catalytic agent?) that activates all (or most) of a viewer's senses to induce a desired experience, or state-of-awareness. I am not suggesting that one must directly (or consciously) "hear" or "taste" a Pollock to fully experience one of his paintings. But it is interesting to speculate whether (and/or to what extent) all "deep experiences" of visual forms of art involve synesthetic intermingling of senses (perhaps on the unconscious level). Perhaps the same MRI studies that are used to discern the physiological basis of synesthetic experiences in synesthetes can be applied to studying the neurological processes underlying a deep immersion in, and experience of, art by ordinary (i.e., non-synesthete) viewers?

I have assembled a small portfolio of what I call Synesthetic Abstracts (a smaller sampling is also available as a portfolio on Facebook). It is an experiment in applying photography of the small and mundane (technically, macros of diffuse reflections of scattered everyday objects from curved metal surfaces, captured using very shallow depth of field) to evoke an experience of mysterious, ethereal grandeur. The portfolio is "synesthetic" in the sense that, just as synesthetes use two or more senses to represent an ostensible "reality," the images in this portfolio collectively evoke an experience of reality as induced by two vastly different representational forms (one literal - reflections off curved metal - the other implied - ineffable landscapes of the imagination). Although this "explanation" may inspire more confusion than insight into synesthesia, at least I'm finally paying attention to my infinitely patient muse ;-)

Postscript #1. Here is an additional link to a thoughtful paper on synesthesia and art: Art and Synesthesia: in Search of the Synesthetic Experience, by Dr. Hugo Heyrman (this last link contains a motherload of references to research on synesthesia), a lecture presented at the First International Conference on Art and Synesthesia (25th - 28th July, 2005 - Universidad de Almería, Spain). Finally, here is a link to Synesthesia List, which is an an international e-mail forum, for connecting synesthetes with each other and with those researching synesthesia. Among the links provided there is a four part video of a lecture Dr. Cytowic recently gave at the Hirshhorn (here is Part 1).

...and Clears Some Cobwebs From Her Soul... 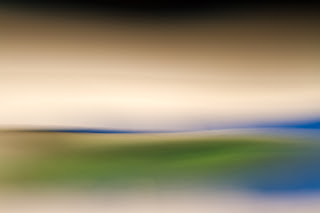 "There are moments in our lives,
there are moments in a day,
when we seem to see beyond the usual.
Such are the moments of our greatest happiness.
Such are the moments of our greatest wisdom.
If one could but recall his vision by some sort of sign.
It was in this hope that the arts were invented.
Sign-posts on the way to what may be.
Sign-posts toward greater knowledge."
- Robert Henri (The Art Spirit)
Posted by Andy Ilachinski No comments: 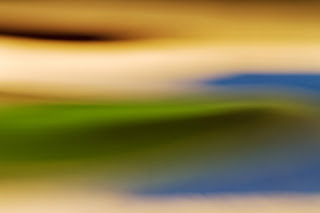 "Art is the perception and depiction of the sublime, the transcendent, the beautiful, the spiritual... Art is the eye of the spirit, through which the sublime can reach down to us, and we up to it, and be transformed, transfigured in the process. Art, at its best, is the representation of your very own soul, a reminder of who and what you truly are and therefore can become."