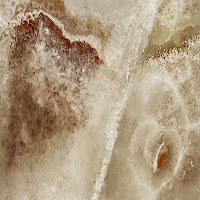 ― Joseph Campbell, The Power of Myth

Postscript: Campbell's quote appears in my dad's handwriting on a yellowed strip of paper that accidentally fell out of page 133 of a book he bequeathed me - The Spiritual in Art - as I was thumbing through it for inspiration. Two other quotes adorn the page my dad evidently used Campbell's quote as a placeholder for (the bookmarked page is the first page of the chapter "Transcending the Visible" by Sixten Ringbom that appears on page 131 of the book). The first quote is a 1913 muse by Kandinsky that describes his early dilemma of understanding the "meaning" of an abstract work:

"A terrifying abyss of all kinds of questions, a wealth of responsibilities, stretched before me. And most important of all: what is to replace the missing object? The danger of ornament revealed itself clearly to me; the dead semblance of stylized forms I found merely repugnant... It took a very long time before I arrived at the correct answer to the question: What is to replace the object? I sometimes look back at the past and despair at how long this solution took me."

The second quote is by Georges Vantongerloo (1886-1965, Belgian abstract sculptor and painter): "The great truth, or the absolute truth, makes itself visible to our mind through the invisible."

The synchronicity of these quotes becomes clear when one is informed of these basic facts: (1) the title of my portfolio book is "Seeing the Invisible" (which I produced a few years ago, before knowing of this quote), (2) the very next "project" I am to embark on is an expansion of this same portfolio (the "Seeing the Invisible" project is literally the next item on the "to do" list looking up at me as I type these words), and (3) just yesterday, I chided myself with the words "Andy, why did it take so long?" after finally finding a way catalyze a new series of abstractions (and which will no doubt be the basis of a future blog post). Even after 10 years of not being by my side in person, my dad still somehow manages to find a way to gently nudge my art forward ;-)
Posted by Andy Ilachinski 1 comment:

The "Four Marks" of the Mystic State 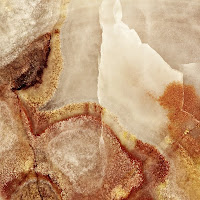 "1. Ineffability - The handiest of the marks by which I classify a state of mind as mystical is negative. The subject of it immediately says that it defies expression, that no adequate report of its contents can be given in words.

2. Noetic Quality - Although so similar to states of feeling, mystical states seem to those who experience them to be also states of knowledge. They are states of insight into depths of truth unplumbed by the discurssive intellect. They are illuminations, revelations, full of significance and importance, all inarticulate though they remain; and as a rule they carry with them a curious sense of authority for aftertime.

4. Passivity - Although the oncoming of mystical states may be facilitated by preliminary voluntary operations, as by fixing the attention, or going through certain bodily performances, or in other ways which manuals of mysticism prescribe; yet when the characteristic sort of consciousness once has set in, the mystic feels as if his own will were in abeyance, and indeed sometimes as if he were grasped and held by a superior power."

"1. True mysticism is active and practical, not passive and theoretical. It is an organic life-process, a something which the whole self does; not something as to which its intellect holds an opinion.

2. Its aims are wholly transcendental and spiritual. It is in no way concerned with adding to, exploring, re-arranging, or improving anything in the visible universe. The mystic brushes aside that universe, even in its supernormal manifestations. Though he does not, as his enemies declare, neglect his duty to the many, his heart is always set upon the changeless One.

3. This One is for the mystic, not merely the Reality of all that is, but also a living and personal Object of Love; never an object of exploration. It draws his whole being homeward, but always under the guidance of the heart.

4. Living union with this One—which is the term of his adventure—is a definite state or form of enhanced life. It is obtained neither from an intellectual realization of its delights, nor from the most acute emotional longings. Though these must be present they are not enough. It is arrived at by an arduous psychological and spiritual process—the so-called Mystic Way—entailing the complete remaking of character and the liberation of a new, or rather latent, form of consciousness; which imposes on the self the condition which is sometimes inaccurately called “ecstasy,” but is better named the Unitive State." 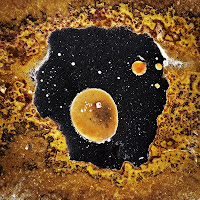 "We want to pour oil onto the fire,
fan the tiny glow into flame,
span the earth;
make it quiver,
and beat more fiercely,
living and pulsating cosmos,
steaming universe."
- Johannes Molzahn
(1892 - 1965)
"The Infinite, therefore, cannot be ranked among its objects. You can only apprehend the Infinite by a faculty superior to reason, by entering into a state in which you are your finite self no longer—in which the divine essence is communicated to you. This is ecstasy. It is the liberation of your mind from its finite consciousness. Like only can apprehend like; when you thus cease to be finite, you become one with the Infinite. In the reduction of your soul to its simplest self, its divine essence, you realize this union—this identity."
-Plotinus
(204 - 274)
Posted by Andy Ilachinski 2 comments: