"As the self is borne away, as the central ego or clot thins, so is the self more profoundly and centrally enriched. This is a common experience. It happens. The wording, the analogy, may be matter for debate. There is no doubt about the happening, about the feeling, the apprehension, that in those minutes one was with one's real self, and also with that which was beyond the real self but yet of which the real self was part...

...In that extraordinary moment when one becomes aware of oneself, self-aware, it is exactly as if there was an over-self seeing the ordinary self, and this creates a sort of amplitude of being in which there is light, and delight, and understanding. The 'first self' and the 'second self' (or, above, the ordinary and the overself) are now one, and second containing the first within its circle, which can - and generally does - expand outwards with a wonderful sense of freedom, or may narrow upon the first self with an understanding that has its own clear affection, a seeing that comprehends the whole, the unity and accepts within a - or the - region of ultimate reality."

Postscript 1: The image above was captured in 2009 during a trip my wife and I took to Scotland, which is where we will again be for the next three weeks or so (mostly on the Isle of Skye). So, for those of you kind enough to frequent these pages every now and then, please rest assured that the apparent dearth of images over the interim means only that this humble blog's author is out capturing new images to post in the weeks to come.

Postscript 2: As a parting gift (at least to those of you with iPhones;-) here are links to a selection of my Synesthetic Landscape series resized as "screen backgrounds" for 4.7 inch (resolution = 1334 by 750) and 5.5 inch (resolution = 1920 by 1080) iPhones.
Posted by Andy Ilachinski 1 comment: 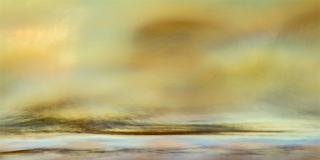 "There is nothing in the world
that is not mysterious,
but the mystery is more evident
in certain things than in others:
in the sea,
in the eyes of the elders,
in the color yellow,
and in music."

Hearing Through the Eyes 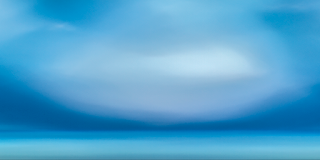 “At the root of creativity is an impulse to understand, to make sense of random and often unrelated details. For me, photography provides an intersection of time, space, light, and emotional stance. One needs to be still enough, observant enough, and aware enough to recognize the life of the materials, to be able to ‘hear through the eyes’.” 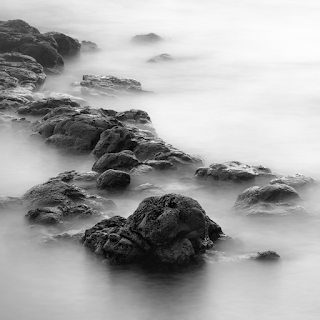 
- William James (1842 - 1910)
Some Problems of Philosophy
Posted by Andy Ilachinski No comments: 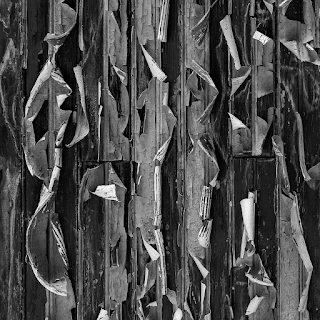 “We adore chaos because
we love to produce order.” 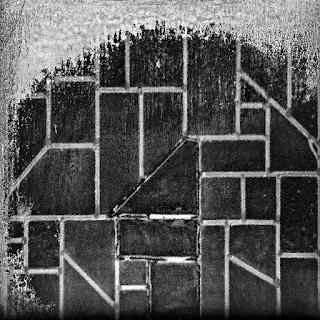 Door in the Wall 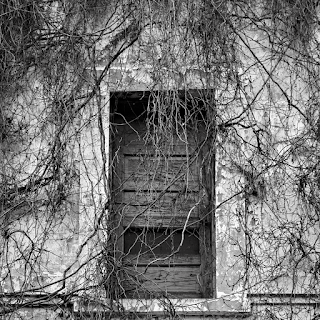 "The man who comes back through the Door in the Wall will never be quite the same as the man who went out. He will be wiser but less sure, happier but less self-satisfied, humbler in acknowledging his ignorance yet better equipped to understand the relationship of words to things, of systematic reasoning to the unfathomable mystery which it tries, forever vainly, to comprehend." 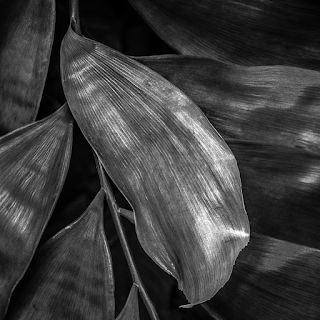 "If biologists have ignored self-organization, it is not because self-ordering is not pervasive and profound. It is because we biologists have yet to understand how to think about systems governed simultaneously by two sources of order, Yet who seeing the snowflake, who seeing simple lipid molecules cast adrift in water forming themselves into cell-like hollow lipid vesicles, who seeing the potential for the crystallization of life in swarms of reacting molecules, who seeing the stunning order for free in networks linking tens upon tens of thousands of variables, can fail to entertain a central thought: if ever we are to attain a final theory in biology, we will surely, surely have to understand the commingling of self-organization and selection. We will have to see that we are the natural expressions of a deeper order. Ultimately, we will discover in our creation myth that we are expected after all." 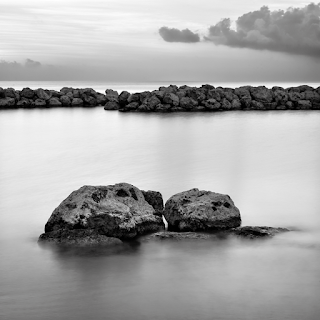 "If we take eternity to mean
not infinite temporal duration,
but timelessness,
then eternal life belongs
to those who live in the present." 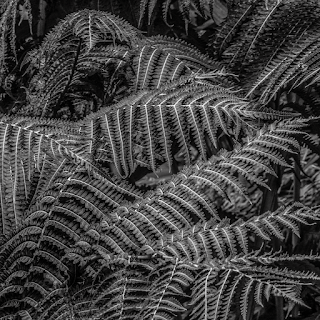 That is how our language is made: 'The stone is hard.' And so on. And that way of talking is good enough for the marketplace: 'That is a new brand.' 'The potatoes are rotten.' 'The container is damaged.' ... And so on.

But this way of talking is not good enough in science or epistemology. To think straight, it is advisable to expect all qualities and attributes, adjectives, and so on to refer to at least -two- sets of interactions in time. ...

Language continually asserts by the syntax of subject and predicate that 'things' somehow 'have' qualities and attributes. A more precise way of talking would insist that the 'things' are produced, are seen as separate from other 'things,' and are made 'real' by their internal relations and by their behaviour in relationship with other things and with the speaker.

It is necessary to be quite clear about the universal truth that whatever 'things' may be in their pleromatic and thingish world, they can only enter the world of communication and meaning by their names, their qualities and their attributes (i.e., by reports of their internal and external relations and interactions)."

Email ThisBlogThis!Share to TwitterShare to FacebookShare to Pinterest
Labels: Bateson 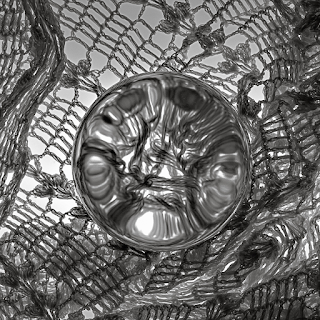 "When you ask what are electrons and protons I ought to answer that this question is not a profitable one to ask and does not really have a meaning. The important thing about electrons and protons is not what they are but how they behave, how they move. I can describe the situation by comparing it to the game of chess. In chess, we have various chessmen, kings, knights, pawns and so on. If you ask what chessman is, the answer would be that it is a piece of wood, or a piece of ivory, or perhaps just a sign written on paper, or anything whatever. It does not matter. Each chessman has a characteristic way of moving and this is all that matters about it. The whole game of chess follows from this way of moving the various chessmen."

Email ThisBlogThis!Share to TwitterShare to FacebookShare to Pinterest
Labels: Dirac 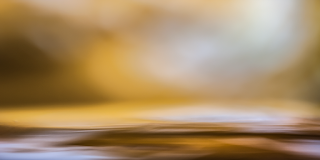 "Thus Gotama [Buddha] walked toward
the town to gather alms,
and the two samanas recognized him
solely by the perfection of his repose,
by the calmness of his figure,
in which there was no trace of seeking,
desiring, imitating, or striving,
only light and peace." 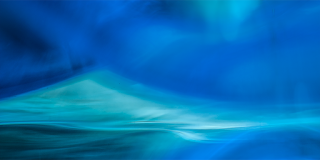 "The entire range of living matter on Earth from whales to viruses and from oaks to algae could be regarded as constituting a single living entity capable of maintaining the Earth's atmosphere to suit its overall needs and endowed with faculties and powers far beyond those of its constituent parts." 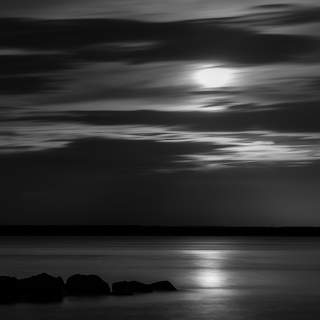 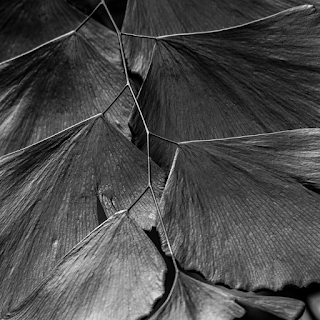 "Principles for the Development of a Complete Mind: Study the science of art. Study the art of science. Develop your senses; especially learn how to see. Realize that everything connects to everything else."

Outside Space and Time 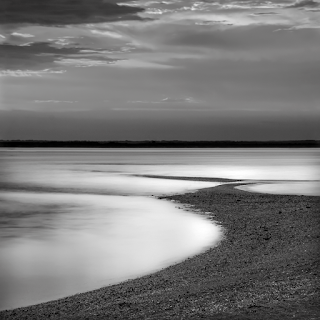 "But the solution to the riddle of life and space and time lies outside space and time. For, as it should be abundantly clear by now, nothing inside a frame can state, or even ask, anything about that frame. The solution, then, is not the finding of an answer to the riddle of existence, but the realization that there is no riddle. This is the essence of the beautiful, almost Zen Buddhist closing sentences of the Tracticus: 'For an answer which cannot be expressed the question too cannot be expressed. The riddle does not exist.'" 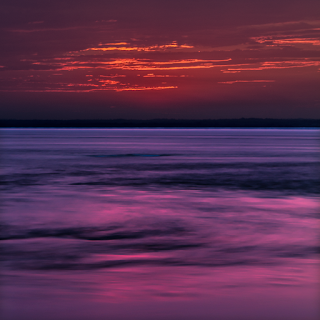 "We should not for a moment
consider even our best-established
knowledge of existence as true.
It is awareness only of the
colors that our own vision paints
on the film of one bubble
in one strand of foam
on the ocean of being."