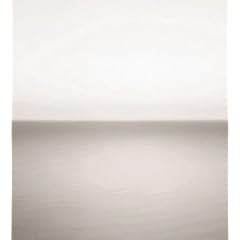 The Hirshhorn Museum is currently exhibiting a career survey of Hiroshi Sugimoto (b. 1948, Tokyo), a master of using photography to explore the nature of space, time and perception. The exhibit runs between February 16, 2006 and May 14, 2006.

Sugimoto is known for his starkly minimalist, conceptual images of seascapes, movie theaters, natural history diaramas and architecture, that often border on the mystical. While, at one level, his images are "simple" (his seascapes for example sometimes offer little or no contrast between object and background at all!), at another, deeper level, they all compell the viewer to ponder such questions as "What is time?", "What is space?" and "What is real?"

According to the Hirshhorn site, the Smithsonian's Arthur M. Sackler Gallery will feature Hiroshi Sugimoto: History of History (from April 1, 2006 through July 30).

Here are two online galleries of some of Sugimoto's work (the first includes an interview with the photographer): Eyestorm & Robert Klein Gallery.

A generous sampling of his images (that require much time to slowly digest, emotionally, cognitively, and spiritually) appear in the book Hiroshi Sugamoto, by Kerry Brougher.
Posted by Andy Ilachinski