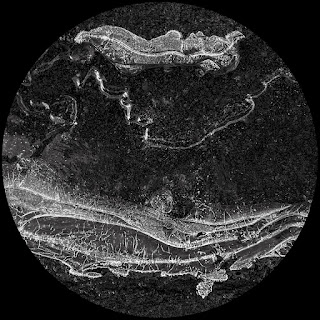 "On one thing most physicists agree. If the amount of dark energy in our universe were only a little bit different than what it actually is, then life could never have emerged. A little larger, and the universe would have accelerated so rapidly that matter in the young universe could never have pulled itself together to form stars and hence complex atoms made in stars. And, going into negative values of dark energy, a little smaller and the universe would have decelerated so rapidly that it would have recollapsed before there was time to form even the simplest atoms. Out of all the possible amounts of dark energy that our universe might have, the actual amount lies in the tiny sliver of the range that allows life. As before, one is compelled to ask the question: Why does such fine-tuning occur?"
- Alan Lightman (1948 - )
The Accidental Universe
Postscript. And so, we have a repeat of the "apology" I made a bit over a week ago, after posting a "poor quality" iPhone image captured while out on my morning walk with my wife. But I continue to be mesmerized by the (unfortunately, dwindling number of) ice abstracts our walks sometimes reveal. This one is from this morning. And, as before, I am looking forward to resuming an earnest search for "otherworldly vistas" (with "real" camera in hand) tomorrow, as some cold weather is again predicted over the next few days. Stay tuned 🙂
Posted by Andy Ilachinski