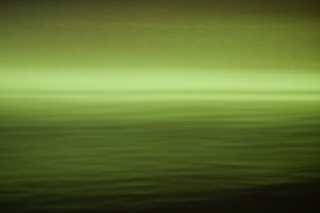 "Bodies of still water are
themselves like minds;
transcendental mirrors,
Platonic cameras
to catch and hold
the phenomenological long enough
for the onlooker to grasp its reality,
the eternal thing behind it."


"There is, one knows not what sweet mystery about his sea, whose gently awful stirrings seem to speak of some hidden soul beneath; like those fabled undulations of the Ephesian sod over the buried Evangelist St. John. And meet it is, that over these sea-pastures, wide rolling watery prairies and Potters’ Fields of all four continents, the waves should rise and fall, and ebb and flow unceasingly; for here, millions of mixed shades and shadows, drowned dreams, dreaming still; tossing like slumberers in their beds; the ever-rolling waves but made so by their restlessness."

Andy, thank you so much for your insights into photography, your lovely quotes, and the amazing photographs. I go to school full time and have a large paper due at end of the semester in my physics class. I chose the topic of photography. That's how I found your blog: I searched for "physics and photography." I've always been interested in photography but haven't had time to learn much about it, so I thought I would combine my school work with learning about it. Can you recommend a book(s) or article(s) that would help me with my paper? Your blog has been a Godsend, and I know I will enjoy exploring it for years. - Susan

Hi Susan: Thanks for stopping by and for your question. In fact, it's prompted me to think of posting a blog entry on "recommended reading" for the boundary between physics/science and photography. To give you some immediate feedback, I can recommend four books: (1) Science for the Curious Photographer by Charles Johnson, (2) Color and Light in Nature by David Lynch and William Livingston, (3) Nature Exposed by Jennifer Tucker, and (4) Beauty of Another Order: Photography in Science by Ann Thomas (though this last reference may only be available in used form or not at all; I need to check). Personally, for your paper, I'd go with the "Color and Light" as that deals with the physics that (aesthetically at least) matters most to a photographer. Of course the optics of lenses and so on are important and involve a lot of basic physics; still, it is the physics-based understanding on our "light environment" that matters most to us as "photographers" (and not merely automaton-like passive recorders of 'what is out there'). As for your greater quest of learning photography, the suggestion I have might seem strange coming from a physicist ;-) but it is this: throw away the books, throw away the equations, grab your camera and just start taking pictures. The rest will take care of itself! I hope the references help. I want to thank you you for inspiring me to think about them some more and weave a blog entry or two on that subject as time permits. If you have some specific questions I'd be happy to try to answer them; just email me.

Thanks, Andy, for the recommendations and advice. I checked out the Lynch book from the library and it is a very good resource. I look forward to reading more of your great posts.