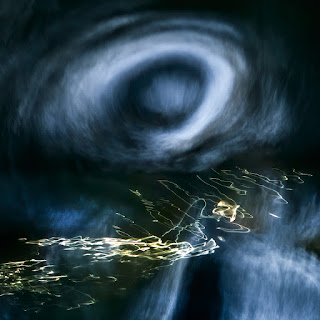 "These paintings were intended to challenge the objective nature of being (être). The notion of being is presented here as relative rather than irrefutable: it is merely a projection of our minds, a whim of our thinking. The mind has the right to establish being wherever it cares to and for as long as it likes. There is no intrinsic difference between being and fantasy (fantasme); being is an attribute that the mind assigns to fantasy. One could apply the term ‘nihilism’ to this challenge of being, but it is reverse nihilism, since it confers the power of being on any fantasy whatsoever, given that being is a secretion of our minds.

These paintings are an exercise for training the mind to deal with a being that it creates for itself rather than one imposed upon it. The mind should get rid of the feeling that it alone must change while being cannot change; the mind will train itself to vary being rather than varying itself, the mind will train itself to move through a space in which being is variable and never anything but a hypothesis, the mind will practice using its ability to provide its own fulcrums wherever it wishes, it will learn to rely on illusion, to create the ground on which it walks. The mind will learn how to move through all the various degrees of being, and it will feel at ease when being is undependable, flicks on and off, remains potential, and sleeps or wakes at will. Being and thinking are one and the same."

Postscript: This abstract image was captured during last week's "rejuvenating saunter" (as described in the postscript to the last blog entry). While this self-contained surreal reality lived only a few inches away from the reeds of grass that appear in the earlier picture (and was captured no more than a minute or so afterwards), the states of mind that the two images invoked in me could not have been more different. I could articulate an "objective" - but, oh-so-far-from-meaningful - description of what you are looking at (one might read: "A time-lapsed eddy with some play of bright sunlight on the surface of a small creek"); but, in truth, Dubuffet's analysis of his own abstract paintings (see MoMA's online collection) is so much better at conveying what I was thinking as I took this picture!
Posted by Andy Ilachinski