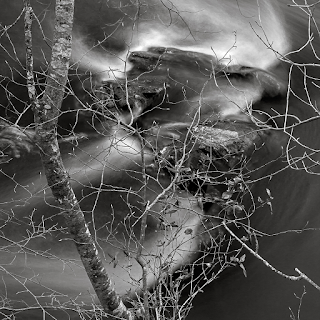 "Instead of negating the conflicting aspects of a paradox, you advance your understanding when you can hold both sides of a dichotomy in your mind at the same time, reconciling rather than negating. One could embrace paradox as an operating, operative principle, rather than seeking to deny or dissolve or dilute it. Rather than seeking to resolve dualisms and institute some grand ‘theory of everything’, the science of the imagination would embrace and explore paradox, going deeper into conundrums, relinquishing delusory attempts to achieve certainty. We may find that thought and language are creative aspects of being, tools for transforming reality. If the universe is actually a projection of subtler levels of the psyche- a loom of maya- then we may discover that the vibratory lattices of interpenetrating worlds elaborated by current physics are descriptions of the psyche itself, in its fully ensouled unfolding."


- Daniel Pinchbeck (1966 - )
Breaking Open the Head:
A Psychedelic Journey into the Heart of Contemporary Shamanism
Posted by Andy Ilachinski