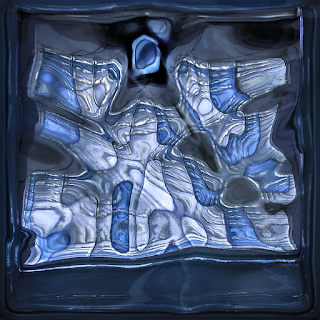 " …the long Russian word for creation proisvedenie, so different from its shorter counterparts in English, French and German, express for me the whole history and process of creation, lengthy, mysterious, infinitely complex and foreshadowed by divine predestination.

...in many ways art is similar to religion. Its development consists not in new discoveries which invalidate the old truths (as is obviously the case in science). Its development consists in sudden illuminations, similar to lightning, in explosions, which burst in the sky like fireworks… …this illumination shows with blinding light new perspectives, new truths, which are basically nothing but the organic development, the further organic growth of the earlier wisdom.

...the world is full of resonances. It constitutes a cosmos of things exerting a spiritual action. The dead matter is a living spirit."

Great passage from Kandinsky. Andy, you are a real master at finding, as well as creating, illuminating remarks. I especially love the last sentence about seeing the spirit in matter. If it seems like a contradiction in terms it may be because we are unable to see both spirit and matter as different names for energy.