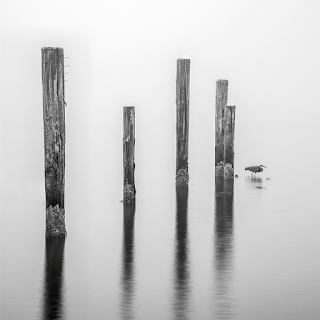 "Into the mind of the Exalted One, while he tarried, retired in solitude, came this thought: I have penetrated this deep truth, which is difficult to perceive, and difficult to understand, peace-giving, sublime, which transcends all thought, deeply-significant, which only the wise can grasp. Man moves in an earthly sphere, in an earthly sphere he has his place and finds his enjoyment. For man, who moves in an earthly sphere, and has his place and finds his enjoyment in an earthly sphere, it will be very difficult to grasp this matter, the law of causality, the chain of causes and effects: and this also will be very difficult for him to grasp, the extinction of all conformations, the withdrawal from all that is earthly, the extinction of desire, the cessation of longing, the end, the Nirvana. Should I now preach the Doctrine and mankind not understand me, it would bring me nothing but fatigue, it would cause me nothing but trouble! And there passed unceasingly through the mind of the Exalted One, this voice, which no one had ever before heard.
Why reveal to the world what I have won by a severe struggle? The truth remains hidden from him whom desire and hate absorb. It is difficult, mysterious, deep, hidden from the coarse mind; He cannot apprehend it, whose mind earthly vocations surround with night.
"When the Exalted One thought thus, his heart was inclined to abide in quietude and not to proclaim the Doctrine."