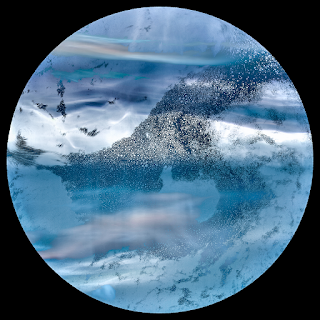 Postscript. Daniil Kharms is one of my all-time favorite authors of the "absurd." The best, purest form of absurdist literature - such as its uniquely Russian incarnation (called the Oberiu) in the 1920s and 1930s, which included such luminaries as Alexander Vvedensky, Nikolai Zabolotsky, and  Konstantin Vaginov - shares much with its spiritual cousin, the Zen koan. Its twists of logic, humor, and hallucinatory distortions of babble and reality often - unexpectedly - point to the deepest truths. For those of you who share my affection for these kinds of inner journeys of discovery, a great place to start is with this collection of Kharms' writings: Today I Wrote Nothing, from which the following passage is quoted (from the story, “The Werld”):

Right to the absolute Heart, Andy. I hope you know that you have true, absolute, and utter fans, and that two of them are in Midcoast Maine, awaiting your next post!

Hi Hugh, thanks for stopping by; and a humble bow in gratitude for the kind words. How are you guys doing up there - I'm assuming you've both gotten your vaccine shots?