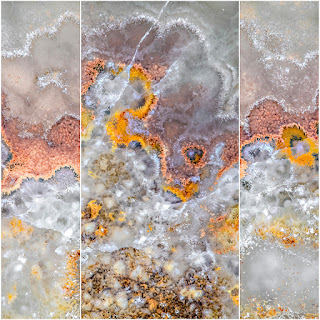 "Just imagine ... that somewhere, in the cosmic vacuum, close to absolute zero, there are creatures nothing like us, let’s say a kind of metallic organism, that are conducting various experiments. Among others they succeed—never mind how—suffice it to say they succeed in synthesizing a living protein cell. A single amoeba. What will become of it? Of course, only just created, it will immediately fall apart, explode, but its remains will freeze, because in a vacuum, the water contained within it will boil and instantly change into steam while the heat of the protein transmutation will immediately irradiate.
...
There exists—so I am told—only one kind of life: the development of proteins that is familiar to us, divided into the realms of plants and animals. At temperatures removed from absolute zero, in barely three hundred small steps, evolution occurs, and its crowning glory is the human being. Only man and those like him can oppose the tendency prevalent throughout the Universe for chaos to grow. Yes, according to this statement, everything is chaos and disorder—the terrible heat inside stars, the walls of fire of galactic nebulae set alight by mutual penetration, the gas balls of suns; after all—say those sober, rational, and thus undoubtedly correct people—no device, no kind of organization, not even the smallest trace of it can appear in oceans of boiling fire; suns are blind volcanoes that spit out planets, while planets, exceptionally and rarely, sometimes create man—everything else is the lifeless fury of degenerate atomic gases, a swarm of apocalyptic fires shaking their prominences.
...
...you think the Earth is a crumb of life within an ocean of nothingness. You think man is solitary, and has the stars, the nebulae, the galaxies as adversaries, as enemies. You think the only knowledge that can be obtained is the kind he has possessed and will continue to possess—man, the only creator of Order, endlessly threatened by a deluge of infinity that radiates distant points of light. But that is not the case. The hierarchy of active endurance is omnipresent. Anyone who so wishes may call it life. On its peaks, at the heights of energy arousal, fiery organisms endure. Just before the limit, at the point of absolute zero, in the land of darkness and of the final, hardening breath, life appears once more, as a weak reflection of that one, as its pale, dying memory—that is us. "