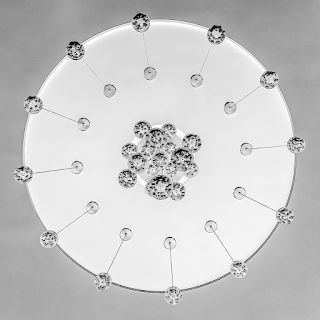 "The greatest flaw of conventional physics is the acceptance of magic that has been forced upon all of us by our ignorance of the science of informational processes. This is particularly true with respect to Newtonian motion. We have no right to complain about the fact that nowhere in all of contemporary physics is there a commonsense model of motion. We haven’t had a way to know better. Newton swept this matter under the rug and Poincare and Einstein convinced us that we must believe that there is nothing under the rug. Intoxicated by all our fantastic accomplishments since Newton, it is human nature to avoid dwelling on dead-end issues. So, as smart as we all are, concepts of motion have remained in a state similar to the vitalistic theories of life that flourished in the past. 'Things move.' 'Mass has inertia.' 'Like begets like.' The idea that physics can get along without a fixed reference frame is utter nonsense from an informational viewpoint. It does not matter how brilliant and convenient the theory of relativity is or how many experiments validate its formulas. It is our collective misfortune that, until recently, no one has ever had any competent idea of what an informational point of view is."