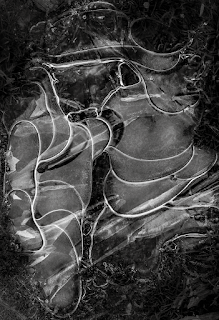 "Other big questions tackled by ancient cultures are at least as radical. What is real? Is there more to reality than meets the eye? Yes! was Plato's answer over two millennia ago. In his famous cave analogy, he likened us to people who'd lived their entire lives shacked in a a cave, facing a blank wall, watching the shadows cast by things passing behind them, and eventually coming to mistakenly believe that these shadows were the full reality. Plato argued that what we humans call our everyday reality is similarly just a limited and distorted representation of the true reality, and that we must free ourselves from our mental shackles to comprehending it."
- Max Tegmark (1967 - )
Our Mathematical Universe
Posted by Andy Ilachinski