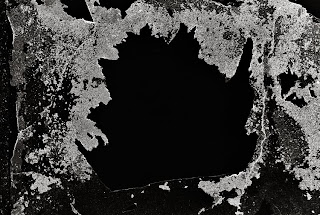 “Perhaps the most radical change that has occurred in the
history of theoretical thinking is the switch from the
atomistic conception of the world as an assembly of
circumscribed things to that of a world of
forces acting in the dimension of time.

These forces are bound to organize themselves in fields,
interacting, grouping, connecting, fusing, and separating.”

"fragility" comes to my mind when looking at this..beautiful..