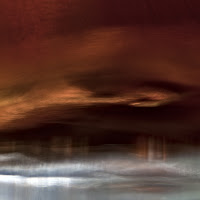 "There is, one knows not what sweet mystery about his sea, whose gently awful stirrings seem to speak of some hidden soul beneath; like those fabled undulations of the Ephesian sod over the buried Evangelist St. John.  And meet it is, that over these sea-pastures, wide rolling watery prairies and Potters’ Fields of all four continents, the waves should rise and fall, and ebb and flow unceasingly; for here, millions of mixed shades and shadows, drowned dreams, dreaming still; tossing like slumberers in their beds; the ever-rolling waves but made so by their restlessness." - Herman Melville, Moby Dick
Posted by Andy Ilachinski