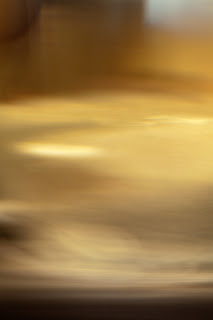 "To take photographs. Such was the entry point into photography. Along the creek beds and waterfalls seeing was always possession and camera affirmed ownership. Since then other modes, other doors have superseded, for example, to make photographs. The greed, however, has never really disappeared. Ownership seems to be the force that opens all the other doors. Yet, possession is not all. As I become more in harmony with the world around, through, and in me, the varieties of time weave together. Chronological time, the time my psyche takes, and creative time were once always at odds with each other. Less so now that the manifestations of inner growth are seen to be set in my path as if by an invisible discarnate friend. When I have sensed his presence, the photographs, afterward, seem like footprints... his or mine is the question!"

"The other one, the one called Borges, is the one things happen to. I walk through the streets of Buenos Aires and stop for a moment, perhaps mechanically now, to look at the arch of an entrance hall and the grillwork on the gate; I know of Borges from the mail and see his name on a list of professors or in a biographical dictionary. I like hourglasses, maps, eighteenth-century typography, the taste of coffee and the prose of Stevenson; he shares these preferences, but in a vain way that turns them into the attributes of an actor. It would be an exaggeration to say that ours is a hostile relationship; I live, let myself go on living, so that Borges may contrive his literature, and this literature justifies me. It is no effort for me to confess that he has achieved some valid pages, but those pages cannot save me, perhaps because what is good belongs to no one, not even to him, but rather to the language and to tradition. Besides, I am destined to perish, definitively, and only some instant of myself can survive in him. Little by little, I am giving over everything to him, though I am quite aware of his perverse custom of falsifying and magnifying things.

Spinoza knew that all things long to persist in their being; the stone eternally wants to be a stone and the tiger a tiger. I shall remain in Borges, not in myself (if it is true that I am someone), but I recognize myself less in his books than in many others or in the laborious strumming of a guitar. Years ago I tried to free myself from him and went from the mythologies of the suburbs to the games with time and infinity, but those games belong to Borges now and I shall have to imagine other things. Thus my life is a flight and I lose everything and everything belongs to oblivion, or to him.

I do not know which of us has written this page."

-Jorge Luis Borges
"Borges and I"
Posted by Andy Ilachinski