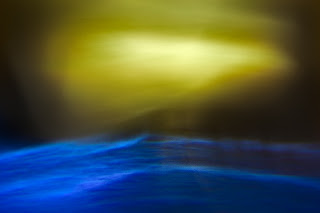 "The Western man who claims consciousness of oneness with God or the universe ... clashes with his society's concept of religion. In most Asian cultures, however, such a man will be congratulated as having penetrated the true secret of life. He has arrived, by chance or by some such discipline as Yoga or Zen meditation, at a state of consciousness in which he experiences directly and vividly what our own scientists know to be true in theory. For the ecologist, the biologist, and the physicist know (but seldom feel) that every organism constitutes a single field of behavior, or process, with its environment. There is no way of separating what any given organism is doing from what its environment is doing, for which reason ecologists speak not of organisms in environments but of organism-environments ... The difference between Eastern and Western concepts of man and his universe ... extends beyond strictly religious concepts. The Western scientist may rationally perceive the idea of organism-environment, but he does not ordinarily feel this to be true. By cultural and social conditioning, he has been hypnotized into experiencing himself as an ego- as an isolated center of consciousness and will inside a bag of skin, confronting an external and alien world. We say, "I came into this world." But we did nothing of the kind. We came out of it in just the same way that fruit comes out of trees. Our galaxy, our cosmos, 'peoples' in the same way that an apple tree 'apples.'"
- Alan Watts,
Psychedelics and Religious Experience
Posted by Andy Ilachinski