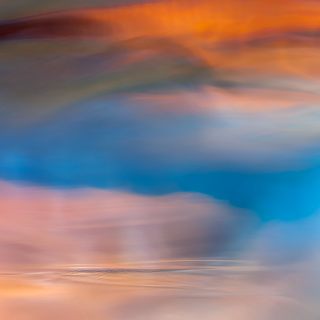 "The basic recurring theme in Hindu mythology is the creation of the world by the self-sacrifice of God—"sacrifice" in the original sense of "making sacred"—whereby God becomes the world which, in the end, becomes again God. This creative activity of the Divine is called lila, the play of God, and the world is seen as the stage of the divine play. Like most of Hindu mythology, the myth of lila has a strong magical flavour. Brahman is the great magician who transforms himself into the world and then performs this feat with his "magic creative power", which is the original meaning of maya in the Rig Veda. The word maya—one of the most important terms in Indian philosophy—has changed its meaning over the centuries. From the might, or power, of the divine actor and magician, it came to signify the psychological state of anybody under the spell of the magic play. As long as we confuse the myriad forms of the divine lila with reality, without perceiving the unity of Brahman underlying all these forms, we are under the spell of maya. (...) In the Hindu view of nature, then, all forms are relative, fluid and ever-changing maya, conjured up by the great magician of the divine play. The world of maya changes continuously, because the divine lila is a rhythmic, dynamic play. The dynamic force of the play is karma, important concept of Indian thought. Karma means "action". It is the active principle of the play, the total universe in action, where everything is dynamically connected with everything else. In the words of the Gita Karma is the force of creation, wherefrom all things have their life."