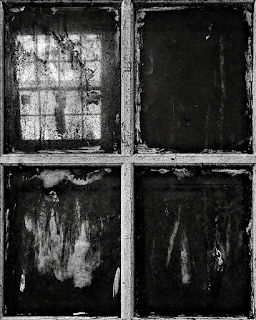 "To make biological survival possible, Mind at Large has to be funnelled through the reducing valve of the brain and nervous system. What comes out at the other end is a measly trickle of the kind of consciousness which will help us to stay alive on the surface of this particular planet. To formulate and express the contents of this reduced awareness, man has invented and endlessly elaborated those symbol-systems and implicit philosophies which we call languages. Every individual is at once the beneficiary and the victim of the linguistic tradition into which he or she has been born -- the beneficiary inasmuch as language gives access to he accumulated records of other people's experience, the victim in so far as it confirms him in the belief that reduced awareness is the only awareness and as it be-devils his sense of reality, so that he is all too apt to take his concepts for data, his words for actual things."

The image as marvelous as the quotation! Thanks Andy!