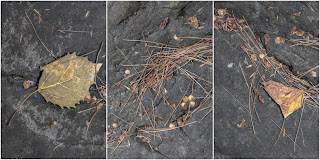 "When we learn to work with our own Inner Nature, and with the natural laws operating around us, we reach the level of Wu Wei. Then we work with the natural order of things and operate on the principle of minimal effort. Since the natural world follows that principle, it does not make mistakes. Mistakes are made–or imagined–by man, the creature with the overloaded Brain who separates himself from the supporting network of natural laws by interfering and trying too hard.
When you work with Wu Wei, you put the round peg in the round hole and the square peg in the square hole. No stress, no struggle. Egotistical Desire tries to force the round peg into the square hole and the square peg into the round hole. Cleverness tries to devise craftier ways of making pegs fit where they don’t belong. Knowledge tries to figure out why round pegs fit into round holes, but not square holes. Wu Wei doesn’t try. It doesn’t think about it. It just does it. And when it does, it doesn’t appear to do much of anything. But Things Get Done.
When you work with Wu Wei, you have no real accidents. Things may get a little Odd at times, but they work out. You don’t have to try very hard to make them work out; you just let them ... If you’re in tune with The Way Things Work, then they work the way they need to, no matter what you may think about it at the time. Later on you can look back and say, "Oh, now I understand. That had to happen so that those could happen, and those had to happen in order for this to happen…" Then you realize that even if you’d tried to make it all turn out perfectly, you couldn’t have done better, and if you’d really tried, you would have made a mess of the whole thing.
Using Wu Wei, you go by circumstances and listen to your own intuition. "This isn’t the best time to do this. I’d better go that way." Like that. When you do that sort of thing, people may say you have a Sixth Sense or something. All it really is, though, is being Sensitive to Circumstances. That’s just natural. It’s only strange when you don’t listen."