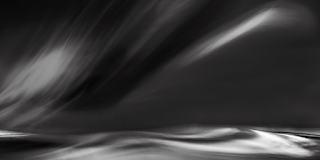 "In following Goethe's approach to scientific knowledge, one finds that the wholeness of the phenomenon is intensive. The experience is one of entering into a dimension that is the phenomenon, not behind or beyond it, but which is not visible at first. It is perceived through the mind, when the mind functions as an organ of perception instead of the medium of logical thought. Whereas mathematical science begins by transforming the contents of sensory perception into quantitative values and establishing a relationship between them, Goethe looked for a relationship between the perceptual elements that left the contents of perception unchanged. He tried to see these elements themselves holistically instead of replacing them by a relationship analytically. Ernst Cassirer said, 'the mathematical formula strives to make the phenomena calculable, that of Goethe to make them visible."