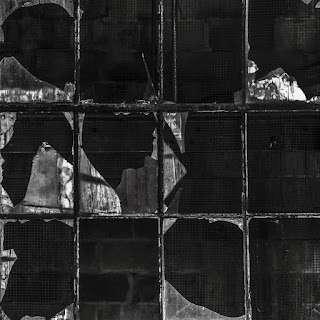 "...he saw the dust and the ruin of the apartment as it lay spreading out everywhere–he heard the kipple coming, the final disorder of all forms, the absence which would win out. It grew around him as he stood holding the empty ceramic cup; the cupboards of the kitchen creaked and split and he felt the floor beneath his feet give.

Reaching out, he touched the wall. His hand broke the surface; gray particles trickled and hurried down, fragments of plaster resembling the radioactive dust outside. He seated himself at the table and, like rotten, hollow tubes the legs of the chair bent; standing quickly, he set down the cup and tried to reform the chair, tried to press it back into its right shape. The chair came apart in his hands, the screws which had previously connected its several sections ripping out and hanging loose. He saw, on the table, the ceramic cup crack; webs of fine lines grew like the shadows of a vine, and then a chip dropped from the edge of the cup, exposing the rough, unglazed interior...

...In a way,
he realized,
I'm part of the
form-destroying
process of
entropy."