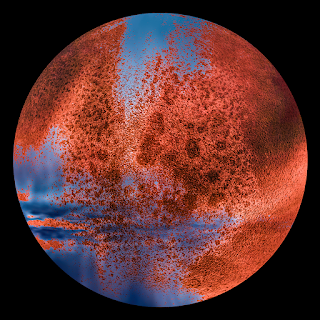 "Terraforming Mars is a primary goal for the twenty-second century. But scientists are looking beyond Mars as well. The most exciting prospects may be the moons of the gas giants, including Europa, a moon of Jupiter, and Titan, a moon of Saturn. The moons of gas giants were once thought to be barren hunks of rock that were all alike, but they are now seen as unique wonderlands, each with its own array of geysers, oceans, canyons, and atmospheric lights. These moons are now being eyed as future habitats for human life."

Email ThisBlogThis!Share to TwitterShare to FacebookShare to Pinterest
Labels: Abstracts