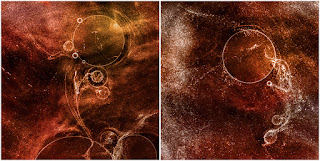 "Religious discourse was not intended to be understood literally because it was only possible to speak about a reality that transcended language in symbolic terms. The story of the lost paradise was a myth, not a factual account of a historical event. People were not expected to “believe" it in the abstract; like any mythos, it depended upon the rituals associated with the cult of a particular holy place to make what it signified a reality in the lives of participants.

The same applies to the creation myth that was central to ancient religion and has now become controversial in the Western world because the Genesis story seems to clash with modern science. But until the early modern period, nobody read a cosmology as a literal account of the origins of life. In the ancient world, it was inspired by an acute sense of the contingency and frailty of existence. Why had anything come into being at all, when there could so easily have been nothing? There has never been a simple or even a possible answer to this question, but people continue to ask it, pushing their minds to the limit of what we can know."